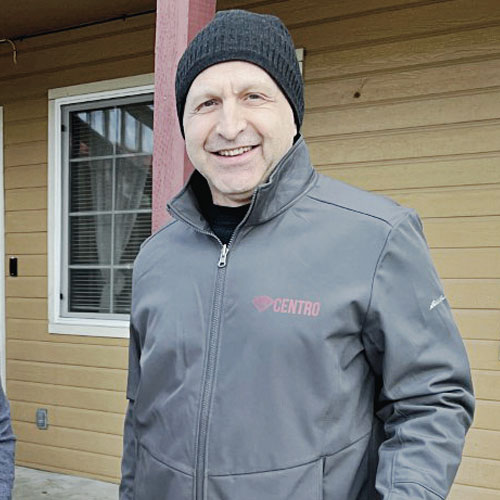 Why he is an Amazing Neighbor:
Brian Schimmel works every day to convene local and regional policymakers and nonprofits to address Washington County’s housing crisis.

The image of a yellow bus dropping off young children from school may evoke feelings of home, safety and community for some.

For Brian Schimmel, seeing that same bus drop children off at former commercial properties converted into stable housing is what motivates him to come to work every day.

From motels to dental offices, Schimmel dedicates much of his work to finding creative ways to convert what used to be office space, motels, and even restaurants into housing in Washington County.

Rather than warehousing low-income families into pods of the impoverished, Schimmel finds that integrating those families into existing communities is much more effective.

“The strategy that is associated with these smaller projects is integrating formerly homeless households into communities, where kids can get into good schools, and parents can connect with more affluent folks and establish better stability and create some economic and social mobility,” he said.

“For his high school senior project, he decided he was going to do some community service project … so he explored some different options and found a church that was providing meals to the homeless folks on Sundays,” Schimmel explained. “And then after some time, he invited me into that.”

After graduation, Schimmel’s son joined Habitat for Humanity, prompting Schimmel to join him on Saturday build events. When his son went off to college, Schimmel decided to pursue his own volunteer opportunities.

“My son really inspired and motivated me into that community, and I got some exposure to different programs,” he said.

Using his “engineer brain,” Schimmel said, he found himself well-positioned to tackle a lot of problems surrounding poverty and housing insecurity.

“That experience (at Intel) gave me an aptitude for innovating, project managing,” he said.

“Community Connection was really about strengthening social service providers in western Washington County,” he said. “We recognized that there was there was already a good number of services being provided that just needed resources or support to help bolster what they are doing.”

To bolster its capacity, Community Connection eventually merged with its fiscal sponsor, the Forest Grove Foundation, where Schimmel now serves on the board of directors.

Another part of Schimmel’s job is breaking the stigma that comes with offering better solutions for housing and other social services, noting that people often associate services for low-income and unhoused people with higher crime rates.

Over the years, Schimmel says he’s developed better strategies for understanding how to articulate problems facing the community and logical steps to solve them. While there is no quick fix to ending poverty or homelessness, “doing nothing” should never be on the table, he said.

“One of the things I took away from Intel was learning to articulate the consequences of inaction, or the alternative costs or implication,” he said.