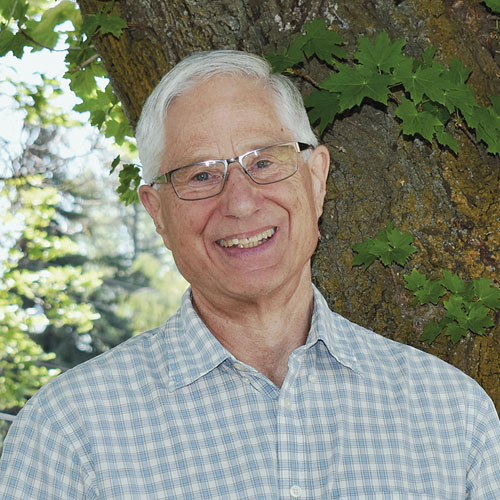 Why he is an Amazing Neighbor:
Kurtz took the helm of SVDPCC in 2019 and turned the organization around—even in the midst of the COVID pandemic. With his volunteers, he provides the best possible services to Crook County’s poor and disadvantaged.

Charlie Kurtz has a heart for service and helping people who are struggling in their daily lives.
Kurtz has been the president of St. Vincent de Paul (SVDPCC) since 2019 and has helped shepherd the nonprofit through the height of the pandemic.

Their food pantry served an average of 580 people per month the last three months, and in the preceding 12 months, 193 families received financial assistance totaling $53,600, 90% of which was for housing support.

“Folks are stretched to afford today’s rents, and loss of work due to illness puts them behind,” Kurtz explained of the clientele they serve, of whom 28% are homeless, and 25% qualify for food stamps.

It is evident upon talking further to Kurtz that he is naturally drawn to helping others.

“I have always enjoyed helping people. I am sort of a helper, but I am usually more of a fixer than anything, and I am really enjoying this job because it pulls on a lot of talents that I have not used before,” he said. “I am more of a technical person, and this job calls for more of a people person, and I find that to be very delightful.”

Priscilla Smith was a St. Vincent de Paul volunteer for several months, working in the office and hearing from guests who needed assistance.

“Of course, available financial resources always influenced what we could and could not help with, but Charlie always listened to needs and made decisions based on compassion,” said Smith.

Kurtz indicated that his father was a postmaster in Yellowstone National Park. In the summertime, he had approximately 30 employees scattered throughout the park. Kurtz noted that, like his father before him, he uses the skills he observed — keeping his employees and volunteers working together and moving forward.

Tom MacDonald, a long-time SVDPCC volunteer, has worked with Kurtz from the beginning of his role as president and appreciates his myriad of talents.

“As an engineer, Charlie has been able to implement many projects and see them through in a hands-on manner. This is very important in a small organization with a limited budget,” expressed MacDonald.

Another big motivator for Kurtz is giving to others, which alleviates some of the tremendous pain he holds from losing his son four years ago.

“The puzzle he couldn’t solve was doing what he loved, coaching cross-country ski racing in the winter, and finding supplemental work to pay the bills living in Bend, the town he was born in, which was becoming ever more expensive to live in,” said Kurtz somberly.

“The issue that undid him was being evicted from a rental that was sold and not being able to find another place to rent because he did not have a regular paycheck and was considered too risky to prospective landlords. His experience has made me acutely aware of the challenges of finding affordable housing.”

He went on to say, “Particularly when I first started helping families, I would see my son in them — a young family or young person struggling, and I would go, “how can I help them.”’

He also gives credit to his wife, Barbara, who provides emotional support and gives him constructive feedback and suggestions.

“I work with a great team of folks who are all motivated and eager to serve,” Kurtz added. “It is my privilege to be associated with them.”

Kurtz worked for the United States Forest Service for 37 years. He began his career in Oakridge, Oregon, before moving to Bend. His family moved to Powell Butte in 2010.

“I never wanted to live in the city. I always liked the rural life, having grown up in Yellowstone, which is the right size of playground,” expressed Kurtz of his love for rural Oregon.

In conclusion, Kurtz shed light on his leadership style and the importance of serving where you shine best.

“Do what you are good at,” said Kurtz. “The best meetings are the ones I go into and I come out totally surprised by the results because everyone has contributed, and ideas came up that I wasn’t expecting, and they were a delightful solution to a problem.”

“Charlie’s kind personality enables him to bring people to a consensus. SVDP volunteers work together to carry out the mission under Charlie’s leadership,” added MacDonald.