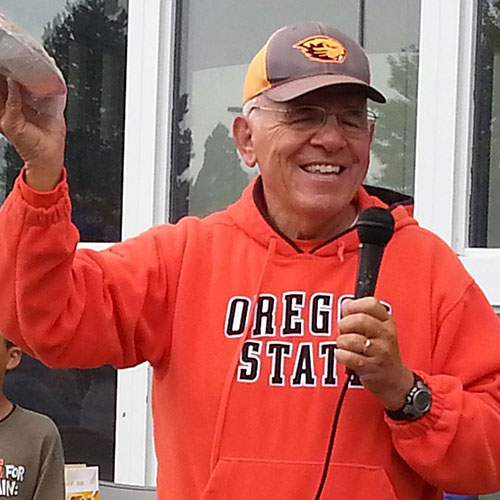 Why he is a Community Hero: The longtime teacher, coach and administrator is a beloved figure in the community who has touched countless lives.

CORNELIUS ICON MADE A DIFFERENCE

A hero is someone who’s admired or idolized. They may have fought in a war, saved a life, accomplished something of note, or simply conducted themselves in an admirable way — like Ralph Brown.

The former Cornelius mayor, educator, school administrator, city councilor, school board member, and devoted husband and father did just that. He’s well-liked, respected and admired by his friends and colleagues, and will always be remembered as a selfless man who put the needs of others firmly ahead of his own.

“I think Ralph would’ve been the perfect teammate because it didn’t matter to him if he got in the game, he just wanted to be on the team,” said Neil Strachan, Brown’s former colleague and friend. “Whatever he could do to contribute, he would do.”

Brown, 76, has been missing since he left his home the evening of May 16, 2021. He suffers from dementia and told his wife he was “going home” (Ralph grew up in Astoria) when got in his navy blue 2014 Nissan Sentra and drove away from their residence in Cornelius.

According to law enforcement, Brown’s cellphone pinged in the Newberg area hours after his disappearance, and since then, unconfirmed sightings have placed him in areas throughout the Willamette Valley and state.

But while his whereabouts remain a mystery, his legacy in and around Cornelius is firmly intact.

“If you looked up public servant in the dictionary, Ralph’s name would be in capital letters,” said Steve Drake, former Hillsboro High School athletic director. “He’s done about everything and he’s had an impact on it all. He’s always given back.”

Drake saw Brown’s contribution firsthand for years as an administrator and coach in the Hillsboro School District. He called Brown the “consummate giver,” speaking not only to his work as a teacher and administrator, but also as a coach and volunteer in retirement.

“How many people would get in their car or truck and drive from Forest Grove all the way to Blue Lake Park for a 3 o’clock cross country meet, and do it every year?” Drake said. “He wanted to make sure those kids had a good experience, and that’s who he is.”

Since May, community members have given countless time and effort into searching for their friend. They’ve arranged search parties, printed and distributed flyers, and created web and social media pages in an effort to gather information and spread the word about Brown.

Sue Fleskes, a retired teacher and coach in the Forest Grove School District is one of those friends. She worked with Brown for several decades.

Fleskes highlighted Brown’s creative mind and work ethic when describing the local icon, but also his honesty and positivity — which is unrivaled.

“When I was coaching, he’d always follow my teams and would open our conversations with some personal observation about an athlete or two, and always in a positive vein,” Fleskes said. “I’m not sure that I have ever heard him gossip or speak ill of anyone. He really loves people, pure and simple. And we love him back.”

Brown was born and raised in Astoria, and he always wanted to work with kids. Throughout elementary school, through the Boy Scouts and during his time in college, he knew he wanted to teach.

As a self-described “big kid,” Brown has always felt akin to the wants and needs of children, and to the idea of nurturing them in the best way possible.

It’s that selfless and giving attitude that has Fleskes and so many others who’ve crossed paths with Brown over the years continuing their work to find him and maintain hope that they’ll see their friend — and hero — again.

“In searching since May, I’ve come across so many stories of how he’s touched lives,” Fleskes said. “I pray that wherever he is, he knows his impact and how much he’s loved.”

And maybe Brown summed himself up best during an interview for an article that ran in the News-Times earlier this year.

“What can I say — I just love kids,” Brown said. “I always wanted to be a positive influence, so that’s what I tried to do.”