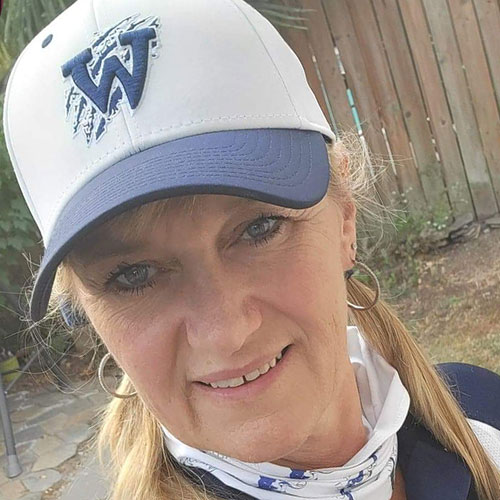 Why she is an Amazing Neighbor:
She’s been an integral piece of the local rotary club for over 20 years, specifically focusing her efforts on youth development and travel.

EMPOWERING THE NEXT GENERATION OF VOLUNTEERS

After moving her chiropractic practice, Joy of Life, from Portland to Wilsonville in January of 1995, Dr. Laura Lajoie Bishop quickly fell in love with her new community.
She was drawn to the family-friendly atmosphere and attracted by the city’s many community events.

Bishop was so infatuated with the city that, in 1998, she and her husband bought a house and began a family in Wilsonville. By then, she had started to make her impact in the community through the local Rotary Club of Wilsonville.

That work has continued for over two decades.

“It’s one of the best service organizations in the world,” she said of the club.
In 2006, Bishop received the club’s inaugural First Citizen award for community service she completed at Wilsonville High School. Since the school opened its doors in 1995, she’s volunteered there, primarily helping to provide health care services through sports medicine for athletes who sustain injuries throughout the year. She served as a soccer coach there for 11 years, too.

Her connection with the high school has allowed the rotary to partner with the school on several occasions.

“I love being around adolescents because they just have such a strong spirit of play and curiosity,” she said. “(It) keeps you young, working with young people.”

Bishop has since served as the club president and is now the secretary. She’s taken on myriad roles and helped champion programs such as the Interact Club at Wilsonville High School, which is essentially a rotary club for high school students. She’s also a part of the club’s scholarship committee, which gives three $2,500 scholarships to Wilsonville High School students every year and one to the Arts & Technology High School.

The club’s chairman, Curt Kipp, said Bishop is one of the key members. She’s been integral in making the club go and has been for some time, pitching in wherever needed.
But it’s Bishop’s love for working with youth that’s kept her coming back all these years.

Of late, much of her time has been spent working with the International Youth Exchange Program. Operating hand-in-hand with the rotary club, she’s helped welcome students from Switzerland, Russia, South Korea and Mexico for both short- and long-term exchanges. In turn, she’s helped send Wilsonville students to Slovakia, Argentina and Austria. South Korea will join that list this summer.

“I definitely have a specific love for working with youth, just because I feel like if we can raise the next generation of young leaders who are involved in community service, that’s really meaningful for me,” she said.

Bishop’s work within Wilsonville has been gratifying — especially as she sees the community service mentality developing within her husband and three teenage children. She’s raised two daughters and a son, all of whom are adults.

“Anything that I’ve done, they’ve done along with me — or they’ve been able to give me the freedom or the resources to be able to get out and do stuff,” Bishop said.