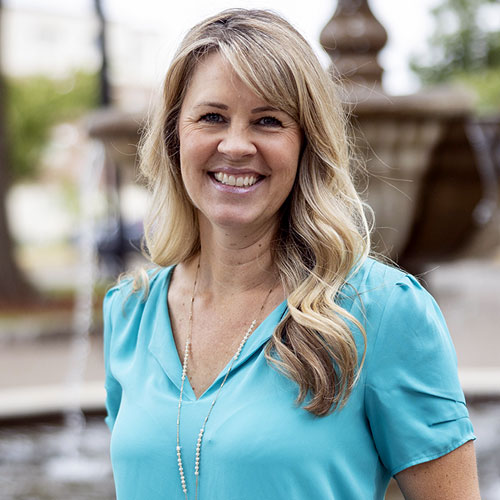 Why she is a community hero: Smith helps many nonprofit organizations put on fundraisers and volunteers in her community

Wilsonville resident Kristin Smith rarely flinches at the opportunity to chip in where she can.

If there’s an event funding cancer research, she’ll run it. If a local nonprofit needs help putting on its first virtual auction, Smith can handle it. And if she’s asked to travel to New Orleans to raise money for military foundations, she’s game.

And it’s for her work to help a variety of organizations and causes that Smith has been named the 2021 Pamplin Media Group Community Hero for Wilsonville.

Smith moved to Wilsonville about 12 years ago and immediately started volunteering, with the help of another avid volunteer, Katie Green. Prior to that, she served on the board of the Amy Roloff Charity Foundation and volunteered for other causes.

Smith’s view is that helping people transitions the mind away from focusing so much on their own problems and gives them a new perspective on the difficulties they face. She also described it as “selfish” because she gets so much out of it personally.

“For me, ultimately, giving back just feeds my soul. It’s definitely something that drives me,” Smith said. “I’ve always liked helping people. I feel very strongly that kids should have the opportunity to give back and learn how volunteering can give you perspective in life.”

Some local initiatives that Smith has been a part of include running fundraisers for the American Cancer Society. While the event used to be a relay, she turned it into a cornhole tournament. She is hoping to bring it back in 2022 since it was canceled this year due to the COVID-19 pandemic.

“They said the (relay) walk was too hard to get people to come to. I said ‘Let’s do something different.’ It worked really well,” Smith said.

In her day job, Smith runs Event Savvy, which helps nonprofits and other groups put on fundraising events. And she does the same for Wilsonville events such as the Rotary Club of Wilsonville’s Heart of Gold ceremony or the touchdown club’s annual auction free of charge or for a discounted fee.

“I have organizations, they literally rely on their gala income and that’s what keeps them open. Having to shut down and have no fundraisers for a year is detrimental to a lot of the organizations I worked with,” Smith said. “(But) almost all of my nonprofits made almost as much if not more. I don’t know if that’s going to (be sustainable) virtually, but it did work.”

Smith and her friend Stan Brock have collaborated on a couple causes including fundraising to provide protective helmets to kids who face extreme risk of intense seizures and putting on the Black and Gold Classic — a bike ride that raises money for organizations that assist veterans and wounded troops.

Beyond that, Smith was also a part of a group of residents who raised money for victims of the fire at a condominium complex in Villebois that displaced some surrounding residents, and she’s also helped organize the Wilsonville Brewfest, which distributes funds to the Wilsonville Community Sharing food bank.

In her other job, she is the executive director of the Cancer Resource Fund, which helps organizations start their own fundraising events for cancer research and treatment, but that don’t want to develop their own nonprofits (which can be cumbersome). Personally, Smith has had relatives and friends who have died from cancer, which is one reason why she has dedicated her time to cancer-related causes.


For people interested in volunteering, Smith said they should dive in headfirst. After that, the wheels will begin turning and their lives will change for the better.

“I think a lot of times, people get hung up that they don’t know what to do. I would say ‘Just go do something.’ When you first start doing it, you recognize it’s so easy to do and it feels great. You will just want to do more,” she said.