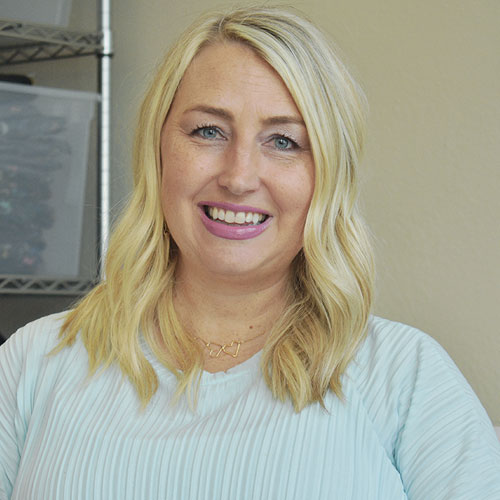 Why she is an Amazing Neighbor:
Gathers and gives supplies to foster children.

SHOWING LOVE ONE BOX AT A TIME

Being in the service of foster care children is not for the faint of heart.

From the fear of returning to a dangerous home life, the insecurity of not knowing where you will spend the night, to the sadness of not having a change of clothes, Lyndsee Wunn has seen all these emotions in the faces of the foster children she has worked with.

As a pediatric nurse that worked closely with foster children, Wunn experienced the difficult circumstances many foster children must deal with. Her work, coupled with her and her husband’s experience fostering, pushed Wunn to start a nonprofit to help support foster children.

In 2014 Wunn started Boxes of Love, a nonprofit based in Gresham that aids foster children as they transition to their new homes by supplying a box or tote filled with clothing, toys and other things they can call their own.

Now residing in Troutdale, Wunn said it was her experience in a hospital that made her aware of the issues surrounding the foster care system. However, it was her upbringing and family that instilled in her the obligation to help others.

“I think that where you grew up really shapes who you are as a person,” Wunn said. “I would say coming from a small town really shaped me into who I am now.”
Born and raised in Klamath Falls, Wunn believes that her time in that small southern Oregon town influenced her profoundly.

“It is a cliché now, but we came from a town where everyone knew everyone else,” Wunn said. “My uncle was the mayor; my dad owned a business, and my mom was a professor at the college. And when you come from a place like that, you really feel that sense of community and want to reach out to help others.”

When Wunn was growing up, she said it wasn’t uncommon to see her family members helping others in town who were down on their luck. In her eyes, witnessing her family’s generosity instilled a drive to help others.

“It shaped who I am and gave me this strong belief that we are not here just to help ourselves but to help others in our community,” Wunn said.

Wunn took her service-minded spirit to Willamette University in Salem. After receiving her undergraduate degree, Wunn moved up to Portland in hopes of becoming a doctor. However, after a lot of soul searching, Wunn decided to get into the nursing field. She earned her degree in nursing from Oregon Health & Science University and shortly thereafter was working her dream job as a nurse at the then Emanuel Children’s Hospital.

Wunn met her husband at the hospital where they both worked as nurses. When they decided to have children, they were met with fertility issues.

After Wunn and her husband went through that harrowing experience, they decided to put a pause on that part of their lives. However, both working at a children’s hospital, the two were constantly working with and around foster children.

“We thought that we would get certified and be foster parents,” Wunn said. “We had the room in our house, the love in our hearts, and we wanted to do something good with it.”
The two were almost immediately accepted and, in a few more days, they were taking care of a baby. “It was a whirlwind,” Wunn said. “That was a crazy time. Even now, I can’t remember chunks of it because it all happened so fast.” The baby they fostered had been exposed to drugs and was extremely irritable because of the withdrawal.

“I am not going to lie, it was hard,” Wunn said. “There are highs and lows, and a lot of things that I feel aren’t fair with the system.” Wunn and her husband fostered for two years, but when it was clear that the foster child wouldn’t be able to reunite with his genetic parents, Wunn and her husband adopted him.

After adopting their second son, Wunn and her husband knew that they would need to take a break from fostering. However, Wunn still felt that work needed to be done.

“I just felt like, that (being a foster parent) wasn’t the end of my story with foster care,” Wunn said. “I just felt really strongly that I wasn’t done with that chapter.”
What Wunn kept coming back to be her time at the hospital, seeing children waiting to go to foster care with almost nothing.

So, in 2014, Wunn decided to start providing boxes of clothes, toys, books, games and necessities to foster children as they start life in a new home. Wunn said that although she can’t end some of the situations these children find themselves in, she hopes the items in the box give them a sense of self and let them know that there are people who care about their well-being.

Wunn, along with her organization, has provided just under a thousand boxes to foster families and children.