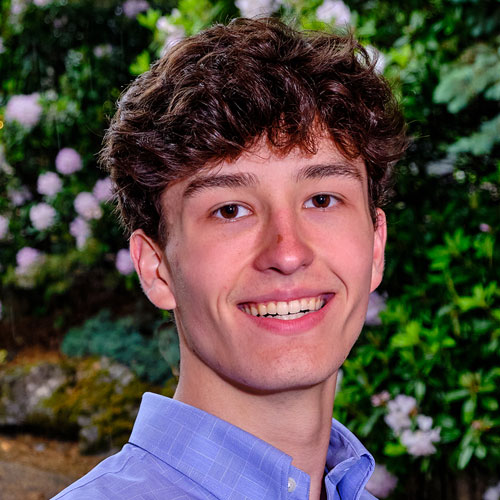 Why is he a Community Hero: Murray founded Hunger Fighters Oregon, the first full-service food pantry in Lake Oswego. 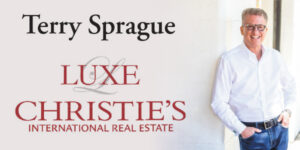 When Michael Murray was in sixth grade, he remembers watching the nightly news during dinner with his family. Global hunger was one issue he’d been tracking since a child.

“That’s a pretty overwhelming problem to tackle. I think that’s when — from a practical standpoint — (I thought) ‘Obviously, I cannot address world hunger in one swift move, but how can I contribute to a solution here locally?’” Murray said.

“Lake Oswego is thought of as an affluent community, which is true in large parts, but of course there are members of the community who are not as well off and are in need of assistance,” Murray said.

Murray originally started Hunger Fighters as an after-school club that met weekly when he was in sixth grade. Murray helped organize the club, which led food drives and other initiatives to gather food and raise money for the Oregon Food Bank.

“I learned that in the Lake Oswego community … just under 600 students in the district qualify for free and reduced-price lunch meals,” Murray said. “I think learning about that local need that sometimes goes underreported or not often highlighted created this realization for me that there were opportunities for the community here — (and) that there was certainly a need.”

In eighth grade, Murray wanted to expand these resources to families of those he shared the hallways with at school. He reached out to community leaders, resources and lawyers to help Hunger Fighters go from a club to a nonprofit organization.

“I think I probably cold emailed nearly 20 Lake Oswego lawyers and only one responded,” said Murray, adding that he worked with Lake Oswego School District to find free space for the food pantry at the former Lakeridge Junior High School building. “It was really a startup atmosphere.”

Murray said when the pantry first opened, all the volunteers were members of his family or people he personally recruited. He then continued to form community partnerships and recruited a board of directors and leadership team from different professional backgrounds.

“We started off so small, as really just an extension of my personal network,” he said. “It’s taken on a life on its own (and) become something that became free standing and can exist long after I’m gone.”
Murray said this work helped him develop a unique skill set at a young age. He said he was able to learn from leaders in the community as well.

Murray is attending Stanford University this fall, with hopes of majoring in history or public policy and later attending law school.

“My experiences so far haven’t been stepping stones; they’re more blueprints for a future career in public service,” Murray said. “One of the great takeaways I’ve had with my work for Hunger Fighters is how important that local action is. … It’s important to remember that if you want to make a difference, if you want to be an agent of change and to have a positive impact, then the best place to start is in your own backyard.”

While Murray won’t be as heavily involved as he once was with Hunger Fighters, he has taken on a new role as board member emeritus. He also plans to volunteer during his school breaks.

“My plan is to watch and cheer from a distance,” Murray said. “It’s difficult for me to say goodbye to an organization and a team I’ve worked with for the past seven years, but I’m also relieved and proud and I’m excited by the fact that it is going to be so successful even after I’m gone and that’s because the entire community has really taken ownership of it.”