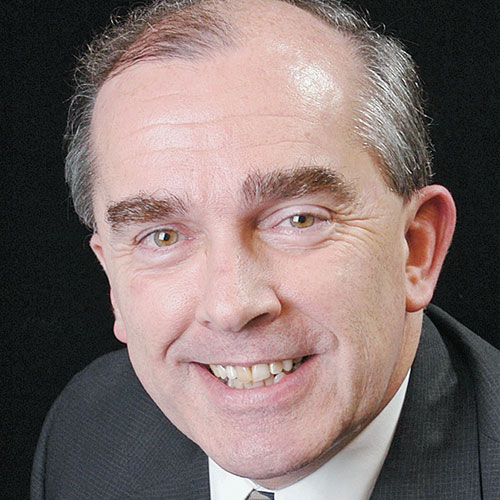 Why he is an Amazing Neighbor:
Drake spent part of five decades in local government in Beaverton and Cornelius, helping those communities build homes and libraries.

The neighborhood used to have Rob Drake’s number, and the phone rang and rang.
“When he was mayor, our phone rang off the hook, and he would take their calls,” Eileen Drake said. “He tried to say, ‘Call me at the office,’ but it was nonstop. He always tried to return calls from citizens — and still does.”

Rob Drake, who describes himself as “a warm guy who cries during movies,” served as mayor of Beaverton for 16 years. He’s been city manager of Cornelius for more than a decade now, although he plans to retire this year.

He was a close friend of the late Ralph Brown, a former Cornelius mayor and state representative who spent most of his life in education and supporting school communities.

Brown, who died last year, was an avid runner. So is Drake.

“Rob has always run. He still does, and so this definitely should have been a sort of forerunner: Our first date was an indoor track meet downtown,” said Eileen Drake, who has been married to Rob for 44 years. “I had never been interested in running, but he’s never short for words. He’s a good talker.”

Rob Drake grew up in Northeast Portland before moving to Beaverton. He graduated from Sunset High School in 1967 and earned a degree from Portland State University.

While Drake is still known to many as “Mr. Mayor,” he eschews titles and honorifics.
“Being a good neighbor, to me, means to me that your exchange with people is genuine and sincere,” Drake explained. “Mine always is. When you’re just talking neighbor-to-neighbor, there is no agenda. You’re not just trying to lobby a position. It’s, ‘How is your son doing?’ That’s the part I love about my neighborhood and the people I’ve met and made friends with over the years.”

As for what he would tell people who addressed him as the mayor: ”I’d rather be addressed as Rob. I wasn’t mayor before, and I won’t be someday, but I’ll always be Rob.”

As mayor, Drake was instrumental in the construction of the Beaverton City Library, which opened early this century. His name tops a dedication plaque on the wall outside the entrance.

And then, as city manager, Drake pushed hard to build the new Cornelius Public Library. After voters narrowly rejected a tax measure to pay for the building, he strategized with library director Karen Hill, and they came up with a solution: raise money from donations and grants instead of new taxes, and build the library anyway.

“He loves libraries and housing,” said Sheila Greenlaw-Fink, who leads the Community Housing Fund and has known Drake for years. “Those symbolize how well he thinks about issues as a community leader.

I really think that is like being a good neighbor. He thinks both about the people and the place. In both those roles in Beaverton and Cornelius, he has invested in the public infrastructure, the cities and the streets.”

Greenlaw-Fink added, “Libraries are so important for people to have gathering spaces and an intergenerational resource base. It’s just so, so critical, and when you look around Washington County, it’s hard to think of two better libraries than Beaverton and Cornelius.”

U.S. Rep. Suzanne Bonamici, who worked with Drake as a Beaverton state legislator when he was mayor and has remained in regular contact with him as Cornelius’ congresswoman, described Drake as “a true public servant in Washington County.”

“I’ve enjoyed working with Rob over the years, including on the wonderful new Cornelius Public Library,” Bonamici said. “His service has made a positive difference, and I wish the best for Rob and his family in his next chapter.”

Drake even planned his retirement party at the Cornelius Library, of which his wife Eileen said he is “especially proud.”

Leaving public service is going to be a big change for Rob Drake, and Eileen as well.
“It’s been really kind of hard,” Eileen Drake confessed. “We’re sort of excited. New chapters are good. He planned to retire before, but he enjoyed it. He had this big, long list of things he wanted to complete that just kept him going another year.”
She said Rob Drake still plans to attend a lot of public meetings, even after he finishes his work as city manager.

“The parks board and those things — he’s not retiring from that,” Eileen Drake said.